Tin can history? Classification of tin can?

The application of metal packaging materials began in 1200 AD. At that time, tinplate was produced by Bohemia in Czechoslovakia, but its production technology did not spread until 1620, when the Grand Duke of southern Germany obtained the technology. Metal packaging has only begun to be widely used. Later in the 17th century, people began to use tinplate to make metal buckets for dry food. In the 18th century, people began to store food in food cans. In 1809, a chef and confectioner in Paris, Nicholas Appert, invented a canning method, that is, placing food in a wide-mouth bottle and capping the bottle with a cork. Food can be kept for long periods without spoilage. In 1810, the British Peter Durand used the above principles to invent the technology of storing food in tinplate cans, and the tinplate was born. Before the Second World War, with the improvement of rolling technology and the invention of the metal can making machine, the output of tin plate increased greatly. After World War II, due to the shortage of tin resources, in order to save tin, people have developed tin-less or tin-free tin-making materials. As a result, different thickness tin plate, low tin plate, and Wuxi thin steel plate have come out one after another. In the 20th century, with the improvement of aluminum metallurgy technology, the improvement of rolling technology and the emergence of aluminum foil, aluminum began to be widely used in the packaging industry.

In recent years, the canning technology has developed rapidly.It began with a three-piece can composed of a can body, a can bottom and a can lid. Cans of tablets. The traditional three-piece tin cans use tin-lead solder to weld the seam of the can body, which consumes more tin, and lead in the solder can contaminate the food inside. With the emergence of tin-free thin steel plates, people have successfully developed the seam welded can manufacturing process. The seam welded can manufacturing process is based on contact resistance, electrical heating and melting, and then pressure welding the can body. Later, there came the bonding cans, which uses organic adhesive to bond the cans body sewing process. Both of these methods have eliminated the contamination of food in the can by lead, and solved the problem that tin-free steel plates cannot be made by soldering. They are widely used in the packaging of beer and carbonated beverages. Modern and advanced three-piece can-making methods, mostly using seam welding and sealing methods, have broad development prospects, and tin-soldering cans have been eliminated in advanced countries such as Europe, America, and Japan. With the widespread use of aluminum in packaging, two-piece cans have emerged. Its overall structure is strong, easy to decorate and print, and quickly occupied the beverage packaging market. However, the production of aluminum consumes a lot of electricity and its high price limits its use. However, with the continuous improvement of the can-making process, two-piece cans have been successfully produced with tin-plated steel sheets and non-tin-free thin steel plates. Automatic production lines have been used in industrial production, which has greatly improved the efficiency of can-making (three-piece can production speed It can reach 400 cans / min; the production speed of two-piece cans can reach 800-1200 cans / min), so the application prospect of metal cans in packaging is still very optimistic.

In addition, in recent years, due to the advancement of rolling technology, the quality of aluminum foil has improved significantly, the variety of aluminum containers has continued to increase, and aluminum foil composite materials have greatly developed in the application of flexible packaging.

A metal can is a small-capacity container made of a metal material with a maximum nominal thickness of 0.49mm. Different types of cans due to different classification methods

①Three-piece cans are metal cans connected to the can lid, can body and can bottom, as shown in Figure 1-1 (a)

② A two-piece can is a metal can formed by punching and drawing the bottom and body of the whole piece of metal sheet, and then connecting the can body and the can lid.

① Classified by the cross section of the cans. 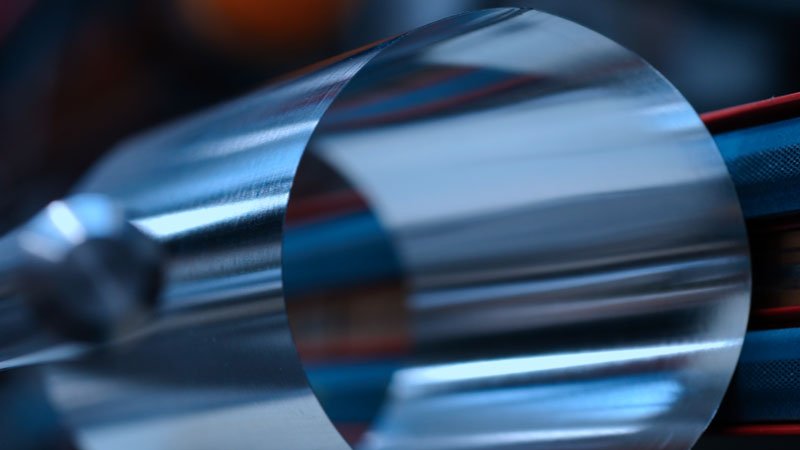