As we all know, two-piece aluminum cans have many advantages, such as: light weight, easy to carry; not easy to break, good safety; excellent sealing, long shelf life of the contents; beautiful printing on the can body, eye-catching; good thermal conductivity, canned drinks Fast cooling; filling is faster and more efficient than other packaging materials; easy to stack and transport; cost-effective; 100% infinitely recyclable, the highest recovery rate of any packaging container, conserves resources and minimizes waste The emergence of is conducive to sustainable development.

These advantages have earned the two-piece aluminum can the position of the best beverage packaging container in the minds of consumers in the United States and Europe, and the demand has remained high for a long time. According to incomplete statistics, in 2016, the market demand for aluminum cans (lid) in the United States alone was about 100 billion sets. In contrast, the market demand for aluminum cans (covers) in China is about 38 billion to 40 billion sets, and the market growth space is very large.

Common problems in the production of aluminum cans and lids

Due to the above two reasons, many problems are prone to occur in the production process of aluminum cans (covers). Among the common problems in can body production, the four most typical problems are necking wrinkle, can bottom blackening, can inner wall stripes and can body printing. In the production of can lids, the five common typical problems include failure to open the lid, slag on the lid surface of the lid, feathers on the pull ring lid, air bubbles and partial glue breakage in the lid sealant, and pressure on the aluminum chips of the sheet lid. Injury (crack) cover.

Neck and wrinkle of cans and treatment measures 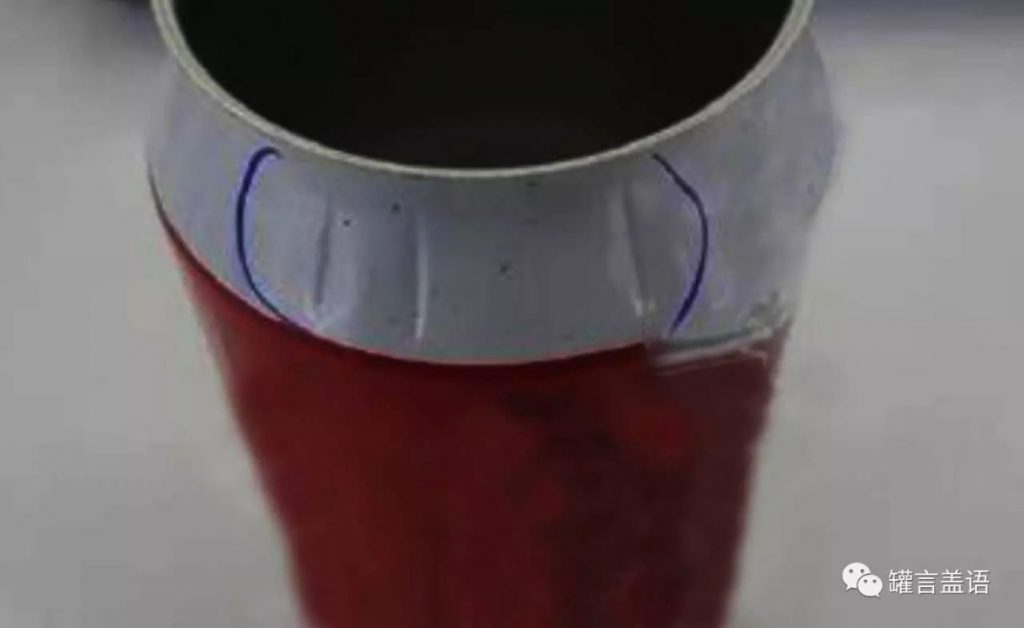 Fig. 1 Necking and wrinkling of cans refers to the phenomenon of different degrees of wrinkling at the neck after empty cans are necked.

Cause Analysis There are three causes of necking and wrinkling of cans. First, the thickness of the metal of the neck of the can is not completely uniform in the circumferential direction. Secondly, in the production process, the expansion of the necking die due to the temperature rise will cause a slight change in the gap between the inner and outer molds, so the matching between the raw material and the matching mold space is not fixed. During the process, the neck metal may be wrinkled. Third, foreign objects such as slag and varnish particles may occasionally exist on the outer wall of the tank neck, resulting in necking and wrinkling.

Handling Suggestions Although it is difficult to completely eliminate the problem of necking and wrinkling, the degree is generally not too serious, and the number is often very small. There has never been a precedent for consumers to complain about returning the product, so customers can use it directly. Of course, if this kind of problem occurs in large quantities, it is abnormal and needs to be analyzed and solved.

Blackening of the bottom of the tank and treatment measures 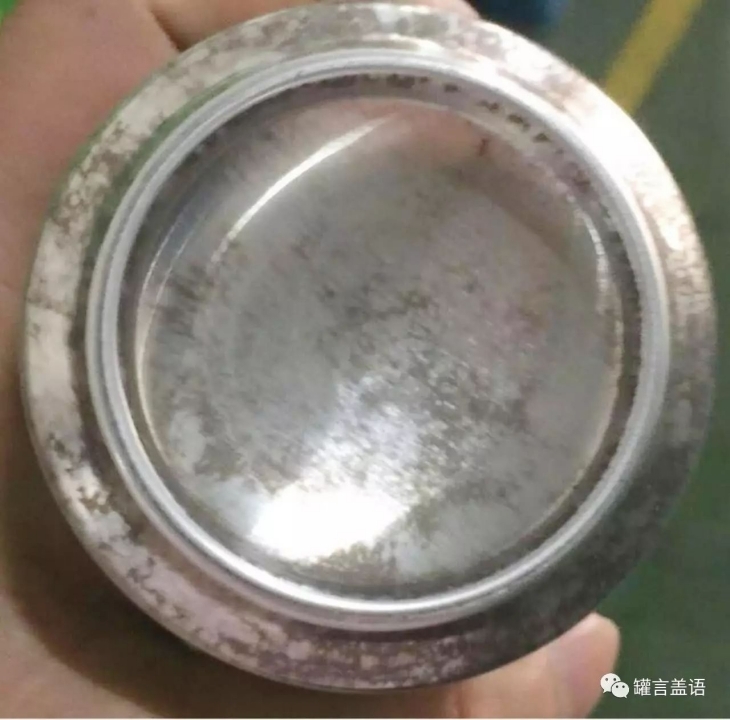 Analysis of Causes The blackening of the bottom of the can mostly occurs after the sterilizer of the beer can filling line, and it is also occasionally seen in the soda cans that are wet in the rain during hot flashes. The reason is that the metal ions in the aluminum alloy that cannot be effectively covered at the bottom of the tank and the hydroxide ions in the external alkaline liquid combine to form gray-black hydroxides, such as aluminum hydroxide, under certain temperature conditions. Wait.

It is recommended to add an appropriate amount of food-grade citric acid to the external alkaline liquid (such as the sterilization water in the pasteurizer of the beer production line) to neutralize the hydroxide ions in the liquid, which can prevent the formation of hydroxide and effectively Eliminate the blackening of the bottom of the tank.

Streaks in the tank and treatment measures

In-tank streaks refer to the phenomenon of streaks in different directions on the inner wall of the empty can, which only affects the appearance of the empty can and has almost no adverse consequences in use. 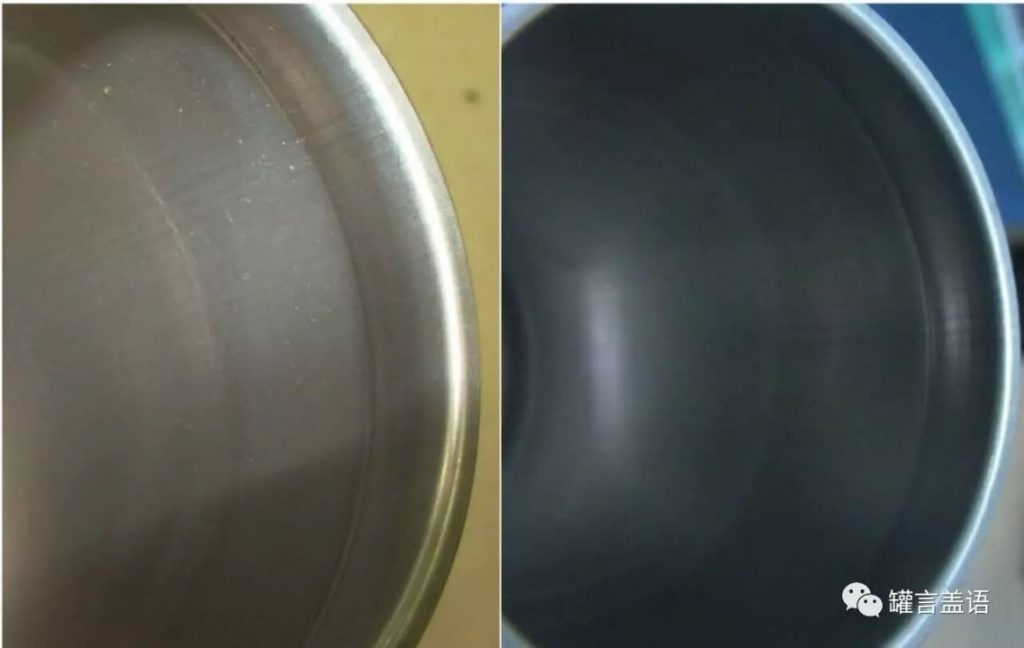 Figure 3 The stripes in the tank refer to the phenomenon of stripes in different directions on the inner wall of the empty tank.

On the other hand, the axial linear streaks come from the abnormal friction between the punch and the can body, and similar reasons may also cause longitudinal streaks to appear on the outer wall of the can body.

Treatment suggestion Since the internal coating process in the subsequent process can effectively cover and block the inner wall of the can, and properly separate the metal of the can body from the filling contents, the existence of such slight traces has no effect on the storage of the contents, and in view of the filling and filling Appearance problems are also not easy to see after sealing, so cans with such problems can be used with confidence.

Can Printing Problems and Solutions 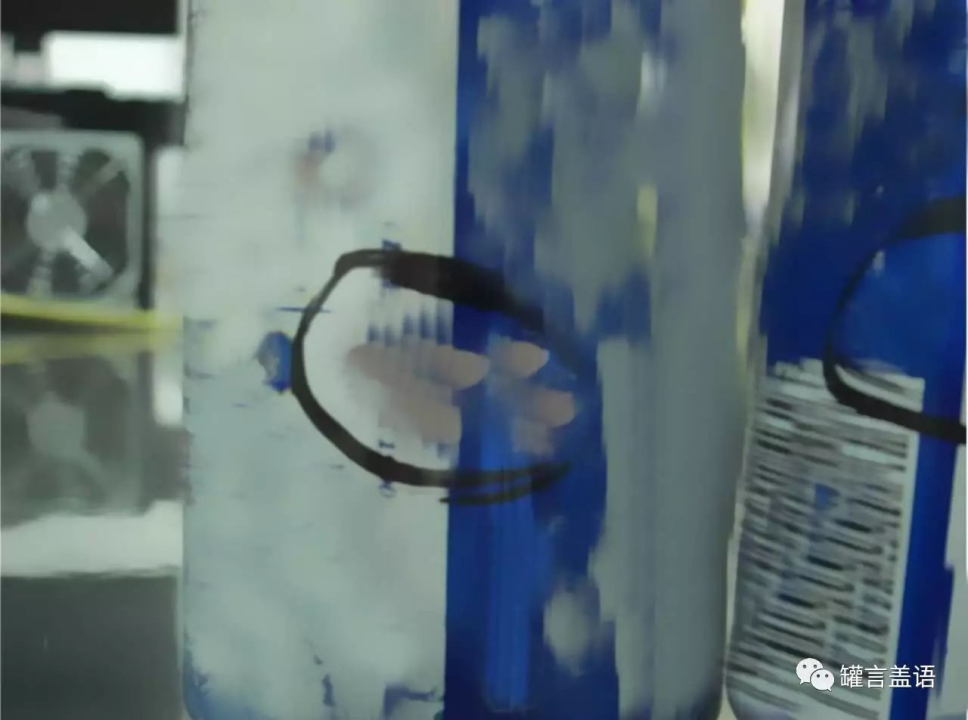 Cause Analysis The aluminum two-piece can body printing is a high-speed curved surface moving printing, which has certain particularities. The characteristics of its printing process determine that the factors affecting the printing effect are more and more complex than ordinary flat printing, which is embodied in the following five aspects.

First of all, the particle size and viscosity of bicotin and ink used in printing show dynamic instability due to the influence of other factors during use. In addition, as raw materials in a semi-fluid state, cocoa and ink are sensitive to the effects of relevant settings in their flow paths during operation.

Secondly, the white cans form fluctuations in metallic luster due to the effect of aluminum or can washing.

Third, there will be some instantaneous changes in the mechanical device of the equipment during the operation, and there are subtle differences in the relative dimensions of the different stations of the printing core shaft within the allowable range.

Fourth, the thickness of the printing substrate (empty can wall, printing rubber) fluctuates within the permitted range.

Fifth, raw materials such as ink and even the ambient temperature of printing equipment have changed.

Processing suggestion These factors may affect the final actual printing effect to varying degrees, and it is not easy to effectively control all the possible influencing factors. So far, it is still a problem to keep the printing effect of the same batch of two-piece cans highly consistent. The technical problems of the industry still need to be explored and feasible improvement measures.

As far as the actual situation is concerned, the strategy of “grabbing the big and letting go of the small” should be implemented, that is, the key elements of the can body printing, such as Logo, barcode, etc., should ensure the printing effect of the sample can, and the others should be handled as appropriate.